Chapter 2 of my Christmas novel

This may not end up as Chapter 2 in the final version of my Christmas novel (it’s actually the fifth chapter I’ve written), but today it’s what I’m sharing.

Thank you for coming on this journey with me. I’ve been having a blast getting into fiction mode lately — it’s a new thing for me to write fiction AND to be confident enough to put it out there in public. So it means a lot that you’re reading it.

I woke up at 12:45 a.m. and wrote this chapter a couple of days ago. I just couldn’t stop thinking about the characters and getting the story fleshed out, so I fired up the iPad and got busy.

I hope you enjoy it.

NOTE: I won’t be publishing EVERY chapter here, so if you’d like to get insider news about my writing and see previews of this book and my other projects, join my mailing list and I’ll send you updates. (Click here and leave a note that says “add me to your mailing list” or fill out the form that pops up on this page — so sorry; I hate pop-ups but am still trying to find a work-around with my email service provider.)

You can read Chapter 1 here.

Chapter 2: A Trip to the Emergency Room

Within 15 seconds of the loud crash, six of Joel Stewart’s seven co-workers were huddled around him in his small office, trying to avoid stepping on huge shards of glass.

“Are you OK, Joel?” said his assistant, Elizabeth, watching wide-eyed as the accountant reached for a towel from his gym bag to try to keep the blood from staining his white dress shirt — or the brand new cream-colored area rug.

“What happened?” said Lee, whose office was next door to Joel’s. “It sounded like you fell through the roof!”

Joel laughed, which was a huge mistake, because it made him ease off the pressure he was holding on his forearm. Blood gushed from the wound, and Kaitlyn thought she might faint from the sight of it.

“Well, first, I think I need to get to the emergency room. Can someone drive me? I’ll explain on the way to the hospital. This cut seems to be kinda deep.”

Joel, standing there bleeding, was a bit annoyed that he had to point out the obvious. And accountants were supposed to be details people.

Stepping cautiously around the broken glass, Andre took Joel’s good arm and navigated him toward the door.

“Kandus, would you grab Joel’s coat and his cell phone while I grab mine from my office? Keep pressure on that arm, Joel. I’ll meet you in the reception area in a minute.”

As Kandus gathered Joel’s belongings and escorted him out to meet Andre, the others began picking up the pieces of tempered glass that, until five minutes ago, had been Joel’s fanciest office furnishing.

The small accounting firm had struggled for years, experiencing one setback after another — bad hiring decisions, an ill-advised marketing campaign that had made Goldman & Blackburn the laughingstock of the local industry association, even a lawsuit from a disgruntled client (who was now serving a 15-year prison term). They just hadn’t been able to catch a break, and for too long the office always seemed to be in crisis mode — until recently.

Since the beginning of the year, and especially once the frenzied pace of tax season had passed, things had started to settle into a nice rhythm.

No one was calling in “sick,” employee interaction had become more pleasant again — conversational rather than borderline confrontational — they landed a big client, profits had jumped accordingly and the boss had made a couple of decisions that put everyone in a chipper mood:

“First off,” Kim began, “this firm is starting to look more like the company that Dad and his best friend established 45 years ago.” She looked around the conference room at the faces she had grown to love since she took over after her father’s death 10 years earlier.

“And it’s about time. We’ve had to overcome a lot these past few years. You don’t know what your loyalty has meant to me. Although, I must say, a few mornings I woke up afraid I might discover a mutiny when I arrived at the office.”

The group laughed politely — except for Terrance, who let out a guffaw so loud it made the others stop and stare for a moment.

“So, because we’ve had three positive quarters in a row, and because you’ve all been troupers and have stuck with me throughout so much uncertainty, you’ll all be getting Christmas bonuses this year!”

That brought a loud collective cheer. It had been three years since the last bonuses.

“Also, in time for Christmas, we’re going to spend a little money upgrading this tired old space. There’s enough in the budget for each of you to have $700 to decorate your office spaces as you please — within reason, of course. No psychedelic sofas or moose heads on the walls. You get what I mean. This is a dignified accounting firm, after all.”

Another round of laughter and a few minutes of chatter about this positive turn of events, and soon it was back to business. But the announcements had lightened the mood of Goldman & Blackburn Accounting, and the hum of productivity was accompanied by smiles rather than furrowed brows.

(What Kim hadn’t said was that the decorating stipends meant she wouldn’t take home a paycheck in December; business had been good this year, but not that good. She still wanted to exercise caution. Nevertheless, she felt that her employees deserved a reward — and the workspaces did need a bit of sprucing up.)

No sooner had Joel finally settled into liking his fancy new glass table — with no small bit of convincing from Elizabeth, who had picked it out — than it all came crashing down.

It was a good thing he had Andre around to pick up the pieces. 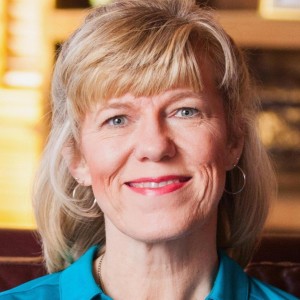 Writer, editor, blogger. I love books, baseball, Bruce and Jesus, not necessarily in that order.

I’m Suzy, and I want to help you get the most out of your day. Suzy Oakley Solutions is the place to get organized, ditch the overwhelm and find clarity so that you can save time, focus on what matters most and live out your purpose. To sign up for tips, tricks, tools and an occasional dose of accountability (plus some free goodies), fill out your info and I’ll get you started!
Instagram
Facebook-f
Linkedin
Youtube

Reader survey – what kind of planner do you want?

How to read the Bible in a year

He held her hearts in his hands

2021 didn’t exactly sneak up on me, but I had some challenges that made it hard to focus on things that needed to get done.

Reader survey – what kind of planner do you want?

Hey and howdy! I’m creating planners (digital and physical), and I’d love your input. Would you mind completing this short, mostly multiple-choice survey for me?

How to read the Bible in a year

Will 2021 be the time you finally read the entire Bible in a year? I hope so; there’s nothing more rewarding than developing a habit

He held her hearts in his hands

He held her hearts in his hands The day of 11-year-old Emily Harmon’s heart transplant in January 2017, a profound truth hit her mother: “As

We use cookies to give you the best browsing experience possible and to analyze traffic. If you stay on the site without changing your cookie settings or you click "Accept & Close" below, you are saying you're OK with this. Read our Privacy Policy, which includes info on deleting your personal data: https://www.suzyoakley.com/privacy-policy Click for more info.